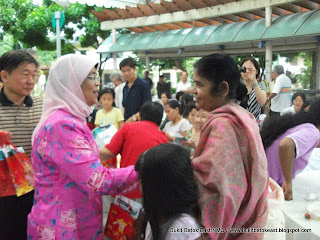 To build social capital, Bukit Batok East Hoover Park NC had organised a series of community events during the Festive Season .The committee were glad to receive overwhelming responses and compliments from the residents for the events organised.

Festive Season is a joyous moments to celebrate together as a family or as friends. The committee had organised 2 Festive community events for the Hoover Park’s residents to know each other better and to promote better understanding of other races and religions. 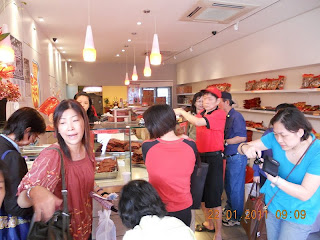 The committee had found a shared passion like shopping among the residents.On 22 Jan 2011, Saturday from 8.00am – 5.30pm, a group of 40 residents and volunteers had head off to a 1 day CNY shopping trip. They went to places like Famous Roti Prata at Jalan Kayu, woodland terrace’s food suppliers and wholesalers, frozen seafood at jurong fishery port, dried food at chinatown and CNY flower at Choa Chu Kang’s nursery. Residents came home with many bags of good deal goodies. They enjoyed themselves very much and looked forward to have this shopping trip again. 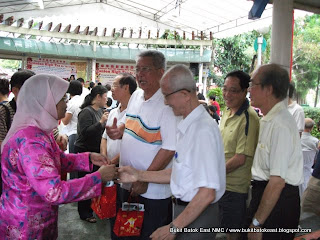 Having a reunion meal together as a family is always a chinese tradition which all the Chinese practice during Chinese New Year.The committee had organised a CNY Reunion High Tea by the PARK on 29 Jan 2011, Saturday from 4.00pm- 7.00pm.More than 100 residents of various races and ages had bought the tickets and came either as a family or neighbours. Apart from sumptous meal, the committee had arranged highlights like singing performance by the Youth, close encounter for magician performance, balloon scupture for the children, CNY caligraphy for the family. The guest of honour for the event is Mdm Halimah Yacob, MP of Jurong GRC and Adviser for Jurong GRC and GROs. Key Grassroots Leaders were also invited to join in the reunion high tea together.

Posts By Organising Committees (From Oct 2013)